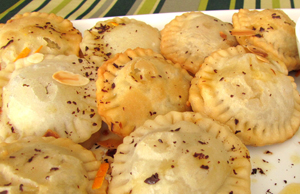 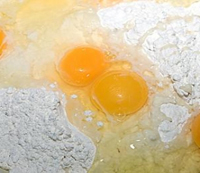 For us the concept of ravioli is always linked to a starter or main course, but in Italy even get to use as desserts. In this case we suggest you do so as dessert stuffed with our organic orange marmalade.

How to make pasta