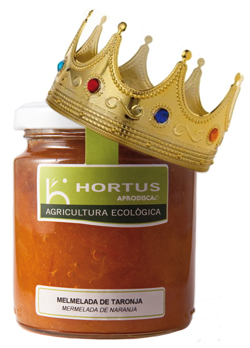 History of the jam.

Although no one knows for sure the origin of canned fruits, are known to be ancient. Probably the making of jellies and jams began centuries ago in the Middle Eastern countries where sugarcane growing. It is believed that returning Crusaders were the first to introduce jelly and jam to Europe by the middle of the Middle Ages jellies and jams were very popular. The use of sugar cane for making jellies and jams can be traced back to the sixteenth century when the Spanish came to America where preserved fruits.

The jams were a delight to kings and nobles who demanded a variety of flavors. Chronicles of the grand feasts offered by Louis XIV, say these feasts always ended with jams and jellies served on silver plates. Each delicacy served at Versailles was produced fruit of the gardens and greenhouses of the king.

If you come to our store will enjoy special discounts and a free tasting during Medieval Week.